For Day 12 we looked at God giving Israel His ten comandments. We think of the law and the ten comandments as being cold and unforgiving, which it is. God requires perfect righteousness. We do not often consider or do not want to consider the holiness of God, the fact that He is just and punishes injustice. So how can this holy and perfectly just God also be gracious and merciful? I would contend that even the giving of the law is gracious. God did not have to reveal Himself at all. He did however, and by giving the law He shows His people whom He has already brought out of bondage in Egypt how to now live in light of what He has done. The law also points us toward our greatest need, which is the Messiah. The law condemns those who try to achive their righteousness by it, but it is life to those who look to the only one who lived to law perfectly for us. Grace is two fold for us here because not only did Christ achive the law perfectly for us, He died the death that was due us for our failure to achive the law. Grace abounds throughout God's holy word and it is centered on His Son Jesus Christ. 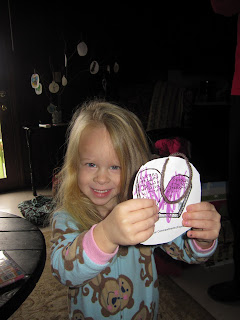 Moving forward (as we play a little catch-up) to day 13 where we talked about the fall of Jericho. We see now how God is bringing His people into the land which He has promised them. Jericho was no push-over. It was a heavily fortified city with walls all the way around it. How was Israel to take this city down? Well it was not by swords or arrows. A very strange thing happens where the walls fall down after Israel marches around the city for 7 days. I have to wonder what was going through not only the minds of the Israelites but also the people of Jericho. Jericho was no doubt watching Israel thinking these folks have lost their minds! In a very similar way we as followers of Christ sometimes look like we have lost our minds as we do follow Christ. As we look back in Joshua, we see the Captain of the Lords host (who is a pre-incarnate appreance of the Son of God) appear to Joshua. We also see that He is leading His army and accomplishing His purposes. It is Christ Himself who brings down the walls of Jericho!
Pictures are lacking on this post, but for Day 12 we did a picture of the ten commandments and for day 13 we had a picture of a trumpet.
Also, a quick update on Michelle--We found out her b-12 is low, iron and folic acid are normal (Praise!). She had a b-12 shot on Monday and will get another one tomorrow and hopefully find out at that point when and if we can have the surgury.
Posted by Michael at 8:32 AM

We are the Davis family! Join us on our journey to follow God's perfect plan for us. We are in our final year at Covenant Seminary and now raising support to serve in church planting in northwest England.

We see support raising as a way of proclaiming our vision for ministry and inviting many to participate in God's mission. How can you partner with us in our ministry to England?
1. Commit to praying for us regularly. Send us an email to let us know you are joining our prayer team.
2. Commit to financially supporting us. You can give to our ministry in 2 ways:
Give online at the following link: http://www.pefministry.org/Site/Davis.html
Send support checks to:
Presbyterian Evangelistic Fellowship
100 5th St. Suite 330
Bristol, TN 37620
Checks payable to "PEF" with "Davis Ministry" in the memo line.